Gamers know The Humble Store, a 10-year-old company that sells Steam games for a fraction of the OG prices. But how does Humble Bundle make money? Or is it making a loss on every sale? Their prices just don’t make sense!

What’s going on? How can HumbleBundle make a profit if it’s selling USD 59.99 games like XCOM 2 for just USD 9.99? Let me answer this question today.

How does Humble Bundle make money?

HumbleBundle makes money by reselling used game licenses. They pay game development companies to use the sold physical game licenses online. HumbleBundle then sells these licenses at lower than regular market prices while pocketing a majority of the sale value and donating part of the profits to charity.

But there’s a question – why would game companies allow HumbleBundle to sell their games at such low prices? Let’s dive deeper into the business model of Humble Bundle as it is a rather interesting one.

What is Humble Bundle?

Humble Bundle is a Steam games vendor that sells bundles of higher value games together. It was founded in March 2010 by John Graham and Jeff Rosen.

The most surprising part about this company is that you as a customer can set the price for the bundle of games.

For example, a bundle of games that would otherwise cost you $150, can be purchased for as low as $15.

The Humble Store can get you access to a ton of different kinds of games for dirt cheap prices. The best part is that they legally acquire all its games and you can play them on Steam under your name.

Time to jump right into the Humble Bundle business and revenue model now. Why would companies legally provide games at such a low price? What do the companies gain? And if irrespective of how cheap the companies give their games away, how does HumbleBundle make money on it?

Used physical games allow the Humble Store to resell a product that is essentially worthless to the gaming companies. While there is intrinsic value in the games, it has already been purchased by a consumer. Popular game companies can allow Humble Bundle to resell these licenses at much cheaper prices.

Along with the popular games, The Humble Store approaches different game developers and game companies that already offer their games on Steam. While there are over 9,000 steam games, not all of them are heavily popular.

So Humble Bundle signs deal with the less popular game companies. There are two benefits to this deal:

Apart from this, HumbleBundle also supports charities to increase awareness within the gaming community.

With both of the above benefits that directly impact the game development company’s revenues, HumbleBundle is able to sign more deals and increase the number of game offerings for their customers.

2. How does Humble Bundle make money?

When customers purchase gaming bundles, they’re allowed to set a price from the given options. There’s a minimum price for each bundle which essentially means that going any lower would result in a loss or a breakeven sale for the company.

If the user selects a price lower than the minimum cost of the bundle, they lose out on a few of the benefits from the bundle.

As you can see in the screenshot above, it says “You will not receive the US$15 content” since I selected US$11 as my price for the bundle.

3. The charity aspect of HumbleBundle’s pricing

To attract the attention of millennial gamers, and give them a reason to continue making purchases from The Humble Store, they give a part of their profits to charity.

Customers can choose the charity that they wish to support from the list of partner 501(3)c companies for the HumbleBundle.

4. How much money does HumbleBundle make?

HumbleBundle’s revenues aren’t publicly available. But research estimates Humble Bundle’s annual revenues to be around $10 to $50 million. This is based on the traffic estimates and the average conversions (which are generally higher in the gaming community).

The Humble Store has monetized a pretty active audience of buyers and enthusiasts, in a very interesting manner. While my research began with a lot of skepticism, I later realized that the company isn’t pirating games whatsoever. They’re simply able to leverage their large audience, their interesting concept of selling used license keys once again, and partnerships to offer games at eyebrow-raising low costs.

I hope you’ve enjoyed reading through this short and quick write-up on how the HumbleBundle makes money.

You might also enjoy reading about how WhatsApp makes money.

Does HumbleBundle really give money to charity?

Yes, HumbleBundle gives a share of their sale value to the charity. The charity where the money is sent depends on what caused the buyer chooses to support.

Is HumbleBundle legit or is it a scam?

HumbleBundle is a legit company and acquires all its games in a legal manner by signing contracts with the game developing companies. While their prices may rise suspicion, you can be absolutely worry-free when making a purchase from this company.

How does HumbleBundle sell games for so cheap?

They resell the licenses of used physical games by partnering with game companies. Since the license has already been sold, they get access to it at a much lower price.

How Do Banks Make Money? Unravel the Bank Business Model

Binance Business Model: How does Binance work and make money? 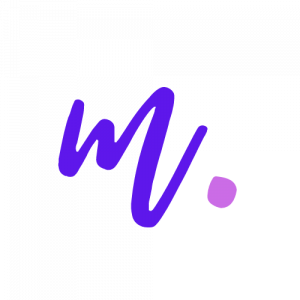 MoneyModels is built with a passion for business. It is a glossary of insights, revenue models, and the foundational working of top businesses in different industries, especially SaaS.

If you’re a budding entrepreneur or someone who’s fascinated by the business world, you’ll feel right at home at MoneyModels.

In these times of needs, the team has decided donate all revenues generated on the website to support those who’re affected by COVID-19.